“An investment in knowledge pays the best interest.” – Benjamin Franklin 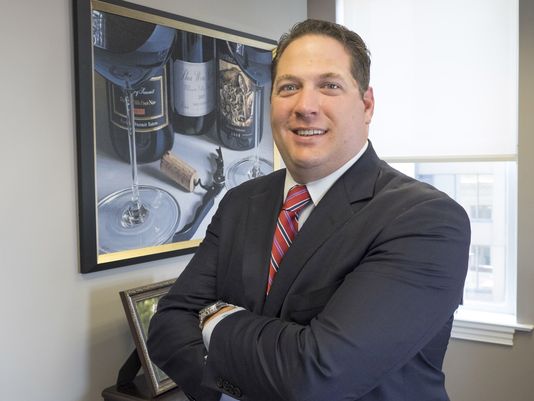 A characteristic that Jill Wagner has long admired in her husband, Dan, is his ability to make things work.

Sitting in the den of their Stonebrook Farm home, she recalled a time when they were both students at the University of North Carolina in Charlotte and Dan was unsure if he’d be able to pay for classes the next semester.

He worked hard, scraped, saved and made it happen, she said.

When Dan is presented with a problem, “he’s very good at figuring out how to get through it the best way possible,” said Jill, a nurse turned stay-at-home mom.

He did it again when the recession struck shortly after he opened his own financial advisory firm, Wagner Wealth Management, in 2007.

Being hit with “the worst market we’ve had in my lifetime” so early after the firm’s launch was “tremendously difficult,” said the 40-year-old Wagner. “But the key is that we hit it dead-on.”

While some bigger financial firms were letting people go, downsizing and merging, Wagner Wealth Management was growing, he said.

Today, the firm has offices in downtown Greenville, Seneca, and Anderson. There’s also a deal pending in Asheville.

Its clients run a gamut of investors, including small startups and families worth well over $500 million, he said.

“We put together a plan that’s personal to them and then we build out their strategy based on their individual needs,” he said.

Wagner was an entrepreneur long before he actually became his own boss.

He came to the Upstate from Charlotte in 1998 when he was hired by Carolina First Bank to start their investment division.

By 2005, Wagner, who interned for American Express Financial Advisors while in college, was ranked among the top 25 banking investment consultants in the country by an industry publication.

That spurred an onslaught of different job offers and opportunities, and Wagner began to ponder whether to work for another firm or work for himself.

The tipping point came during a discussion with his wife, who was pregnant with their youngest child, 7-year-old Katie, at the time.

That, he said, was “a pretty good sign” that the timing was right for him to launch Wagner Wealth Management.

The transition wasn’t easy. His employer wasn’t happy about Wagner leaving and taking business and employees with him.

Jennifer Osgood, a financial advisor at Wagner Wealth, worked under Wagner while the two were at Carolina First.

She said he took her and a co-worker to lunch one day to break the news about his plans to become and independent financial advisor.

Osgood said she went back to the office and called her husband.

“Really, it was a very, very easy decision. I didn’t care if we worked at the bank or for someone else. I wanted to work for him,” Osgood said. She’s been with the firm since its start.

“It was the best decision I’ve ever made, career-wise,” she said.

“He’s taught me everything I know, pretty much, and has given me the ability to move up,” she said.

The foundation for Wagner’s career in the financial industry was being laid while he was in elementary school.

His passion, at one time, had been reading. His class would regularly have a reading challenge and he’d participate. It helped him become an avid reader until he got burned out.

“I became like a sponge and loved math,” he said. “From that point on, I wanted to learn more about math and everything that had to do with math.”

Wagner’s love for helping people was inspired by his mother, Karen Ecker of Anderson, who spent 26 years working in customer service for a major pharmaceutical company. Witnessing her and her co-workers fall victim to corporate downsizing had a major impact, he said.

“I was finishing college when her whole department was being downsized and relocated,” he said.

“There were probably 10 other ladies there that were like mothers to me that honestly had worked their tails off and had absolutely no idea what to do with their financial situation,” he said.

That experience, he said, keeps him grounded in his own business.

“As much as I pride myself on being able to work with huge clients, it’s still important for us to be able to help anybody that needs help,” he said.

Wagner said he learned about investing late in college.

He started learning those things by taking that unpaid internship at American Express. Once he started to learn about the investment side of the business, “I was intrigued. I really just fell in love with it,” he said.

It’s a hot early Wednesday evening when Wagner arrives at his home in Stonebrook Farm, a gated Eastside community with European-style homes of brick, stone or stucco finishes.

Shortly after entering, he trades his business suit for a pair of gray shorts, a blue sports shirt and a ball cap.

On this day, the action is getting outdoors to toss the baseball to his 10-year-old son, Trey. Then it’s playing lacrosse in the courtyard with daughter Katie.

Wagner said he is passing on to his children some of the tools he took from sports that helped him become a successful business owner. One of them is staying active.

“You have to be mentally strong to compete, to push forward and be a visionary,” he said. “You’ve got to be willing to deal with anything that’s thrown at you at any given time.”

He said that when it comes to sports, “it’s the less glamorous stuff that makes you successful. In football, lifting weights, doing agility, doing drills, translates onto the field.”

In business, Wagner said, “If you do the little things — take care of people, do what’s best for them before doing for yourself, and work hard — the end product is something big and successful.”

He sets his work appointments and schedules around the Little League baseball season. Not only is he a coach on his son’s team, he makes time to help his son practice.

Just recently, he attended the end-of-the-year parties at his children’s schools, awards day events, had lunch with his son and still managed to return to work in the afternoon.

“You can’t put a dollar value on that,” he said. “That’s a large part of my decision-making process.”

Wagner, who says he is an “entrepreneur at heart,” has thought about running other types of businesses.

In his younger days, he considered auto racing.

But nothing has evoked the passion inside him like wealth management.

“I just really love this job. I love people coming in with very complex issues and we solve them,” he said.

For example, there was a widow in Anderson whose husband passed away unexpectedly. He had real estate all of over the country, with some of it being managed by other people and some by him.

It was during the 2008-2009 recession that the widow learned that a lot of the properties being managed were upside down, Wagner said.

“She was getting letters from mortgage companies that whoever was managing it for her was not creating the revenue to offset the debt,” he said. “We got her totally reorganized and her portfolio is generating enough income for her now.”

That’s the kind of stuff that Wagner points to when giving an example of how he’s been able to make a difference in a person’s life.

“Could I work at another business and be successful? I think I probably could but I wouldn’t get that out of it,” he said

Helping people get to a better place and experiencing something new every day brings Wagner joy as an entrepreneur.